Heesen 47 mt – Nautica Casarola
Type what you are searching for: 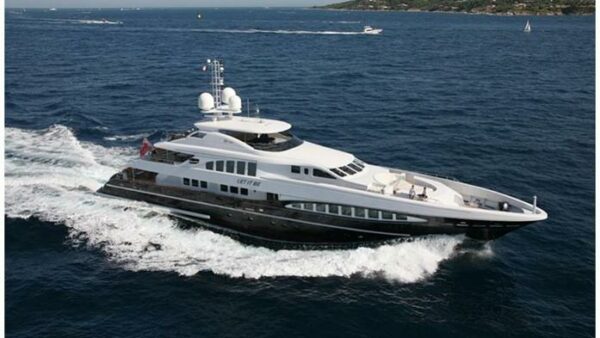 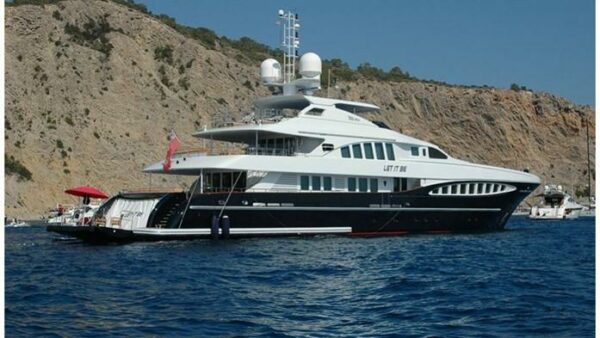 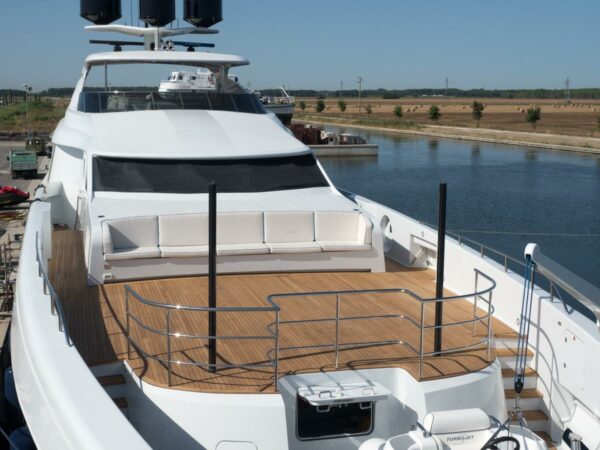 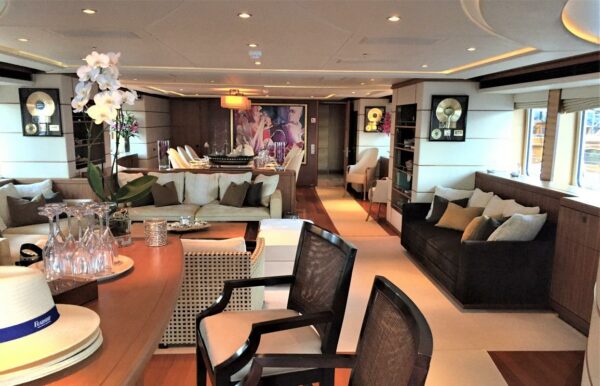 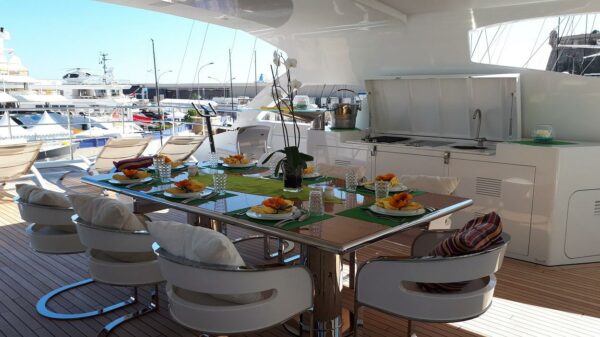 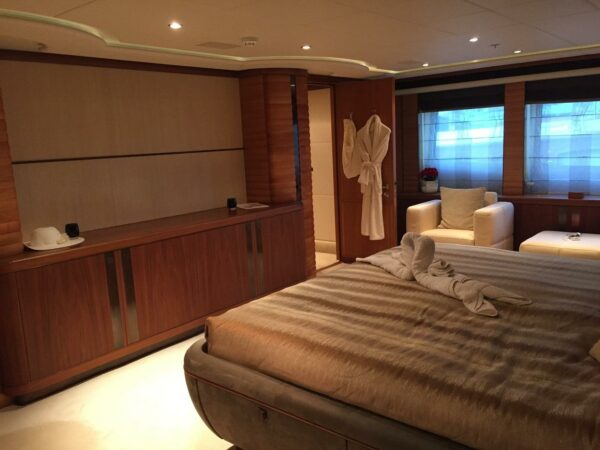 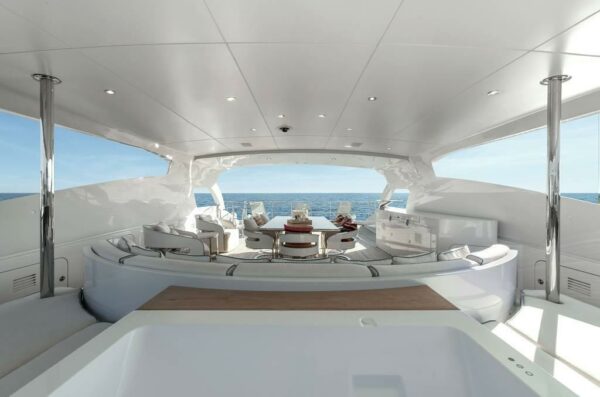 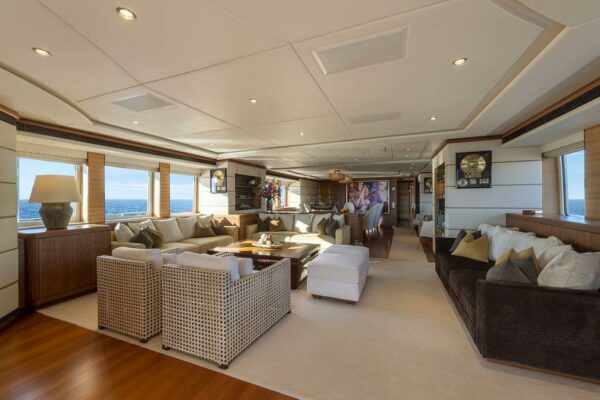 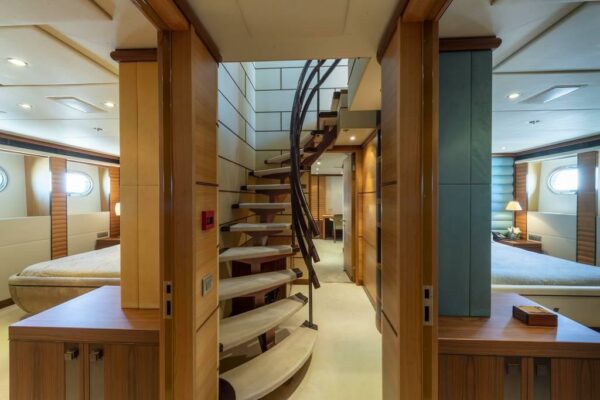 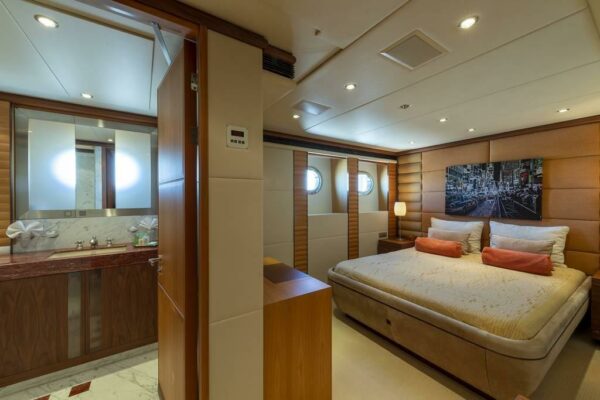 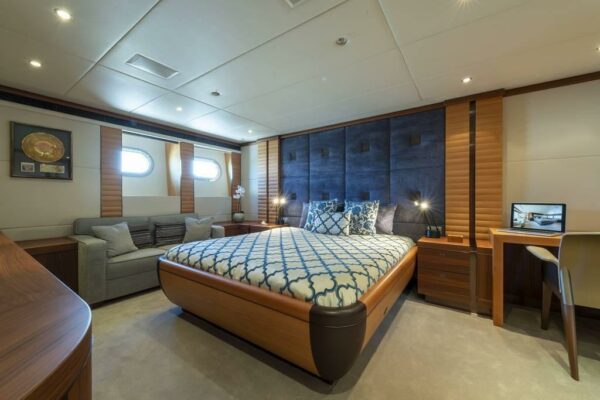 The ship, built and launched in Holland in 2007 by the Heesen Shipyard, was subjected to “Several refit” during the winter season 2016/2017 at our Pisa Shipyard. The main refit works that affected the ship concerned the modification of the superstructure in the proximity of the main deck, where a large open deck of over 60 square meters was built, with a spacious structural couch and a removable structure, with Vertical carbon poles, which supports both a large shading towel and a screen for outdoor movie projection. This area can accommodate over 30 people comfortably. In the aft deck of the main deck, a large swimming pool with steel structure and tempered crystals has been designed and constructed, with a capacity of over 7,000 liters of fresh water, with waterfall from the top of the bridge, illuminated by RGB lights, With dedicated system for circulation, filtration, sanitation and water heating. Both major modifications, which also affected the structural parts of the ship, were carried out under the supervision and approval of the Lloyd Register. Continuing on the list of major refit works, a similarly important item is the total re-painting of the ship, as well as the revision of all onboard systems, shafts line control, rudders, structural tanks, hull thicknesses, valves and seals, for the renewal and maintenance of class requirements of the Lloyd register, as foreseen by the decennial inspection of the Registry itself. The sand blasting with the application of a complete antifouling and primer International cycle, dismantling and zero-hour revision of the stabilization system, the revision of engines and generators, finally brought the vessel under full efficiency and full usability. Other complementary works, such as the transformation of the upper deck with the elimination of a structural sofa and the consequent rebuilding of the deck, the re-equipment of the fly bridge with the supply and installation of a new Jacuzzi tub, a new cabinet equipped with grill, sink and refrigerator, the supply of two new external TVs with its lower lifting mechanisms, the replacement of the exterior lights of all the bridges with the adoption of new LED spotlights change color, the remodeling of all external tapestries and the teak of the bridges, the modification of the exterior tables, the adoption of retro marbles on exterior furniture, have contributed to “rejuvenating and modernizing” both the appearance and use of the ship, replacing it in the field of modern luxury yachts. Particular attention was also given to the control and revision of all indoor installations, both in terms of entertainment systems and navigation and communication equipment, as well as the air conditioning / air treatment system, refrigerators, kitchen equipment, lighting Inside, etc.

As foreseen by Lloyd, a new stability test has been carried out and all systems have been tested, carried out the navigation tests, even in the presence of the Flag Representative, all with a positive result, with the consequent release of the new certificates.